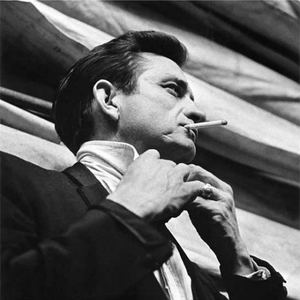 “But I shot a man in Reno, just to watch him die.”

This is a great lyric. This one line provides setting, character, story, reason and conclusion. We know what happened, we know why it happened, and we can guess what happened as a result. Though this is not my favorite lyric in the song, it is one of the great lyrics in the history of rock and roll.

What kind of a man finds himself behind the bars of a prison? What must he have done? How bad of a person must he be? These are the things Johnny Cash imagined as he wrote “Folsom Prison Blues” in 1955 after watching a documentary about the prison while serving in the air force.

It’s possible that we have heard this song so many times we forget how brilliant it is. The clean, simple guitar lead that opens the song, the acoustic rhythm guitar, strumming so methodical and steady that it sounds like a train running behind the band. Johnny Cash’s impossibly deep baritone voice singing a lonesome and frightening story.

“I hear the train a comin’
It’s rollin’ ’round the bend
And I ain’t seen the sunshine
Since, I don’t know when
I’m stuck in Folsom Prison
And time keeps draggin’ on
But that train keeps a-rollin’
On down to San Antone”

Stuck behind cold prison concrete and iron, in many ways, “Folsom Prison Blues” is about those things that are missed a person when a person is behind bars. Colors, emotion, even aromas. Prisoners are deprived of the richness of the world around them. He “ain’t seen the sunshine.”

Only four verses long with no chorus, “Folsom Prison Blues” is the story of a man behind bars, how he got there, and what he longs for on the outside. There are no life lessons learned. There is are no universal truths to be shared. Only that there is a world outside the walls, and those trains that connect people together keep on rolling back and forth.

My favorite lyric of the song. Remembering the deep, rich smell of a steaming cup of coffee. Imagining the musty stench of men smoking cigars. People laughing. Silverware clattering. When stuck behind a wall, the imagination conjures images of those things we can no longer experience. How painful that must be.

In many ways, “Folsom Prison Blues” is a template for so many great songs that came after it. “I Fought the Law” by the Bobby Fuller Four, “I Shot the Sheriff” by Bob Marley, and the amazing “The Devil’s Right Hand” by Steve Earle all speak to this idea of people finding themselves in impossible situations due to the crimes they have committed. But it all began in Folsom with the clean, clear baritone voice of Johnny Cash ringing in our ears.