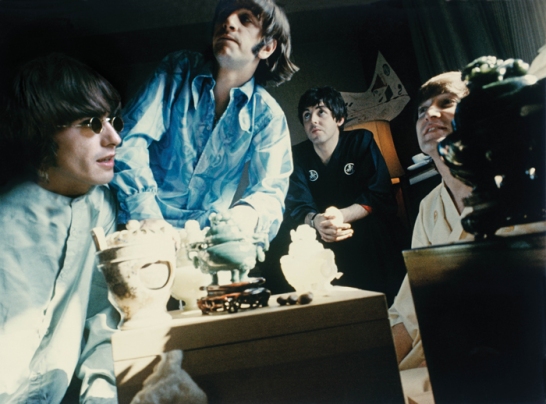 The album Revolver remains a bright, shining light in The Beatles’ catalog. Released in 1966, this album (much more than Sgt. Peppers’ Lonely Hearts Club Band) shows The Beatles at the apex of their creativity and energy.

During the years of 1965 and 1967, The Beatles were able to sustain the raw power and excitement that powered them through the early years of 1962-1965, and they began to lay the groundwork for the creativity and experimentation that would be the hallmark of their recordings from 1967 through 1970. If considered as one creative piece, Rubber Soul (released in 1965) and Revolver may be the best double album in the history of rock and roll, and it sits right in the middle of The Beatles’ discography.

The second song on the second side of Revolver, “And  Your Bird Can Sing” begins with a dual guitar ripping melody played by George Harrison and Paul McCartney. Lennon, who wrote the song, sings.

There is no chorus in “And Your Bird Can Sing,” and I have always found the lyrics to be deceptively brilliant. Each verse reads as a survey of a different sense. Verse one is desire…you have everything you want, even a bird that can sing, but you don’t get me. Verse two is sight…you may have seen everything in the world, even your green bird, but you can’t see me. Verse three is sound. You can hear everything, your bird can swing, but you can’t hear me.

The bridge reminds us what is most important.

As was the case with so many of his Beatle songs, Lennon dismissed “And Your Bird Can Sing” as a throwaway. Something that should be dismissed. Too bad, because Lennon was wrong. “And Your Bird Can Sing” is a beautiful, shimmering power pop explosion. Two minutes and two seconds of blissful guitar, bass, drums and harmonies. All the elements of the song stand out individually while perfectly mixing together as one of The Beatles’ finest recordings.

Sadly, to the best of my knowledge, The Beatles never performed “And Your Bird Can Sing” live, and the recording on Revolver (and a previously unreleased version on the Anthology series) is the only version of the song that exists. Though I usually prefer to steer clear of tribute bands, this live version of “And Your Bird Can Sing” by 1964 the Tribute is pretty remarkable, and that dude on lead guitar is excellent.

“And Your Bird Can Sing”
Written by Lennon, McCartney
Recorded The Beatles
Released August 5, 1966