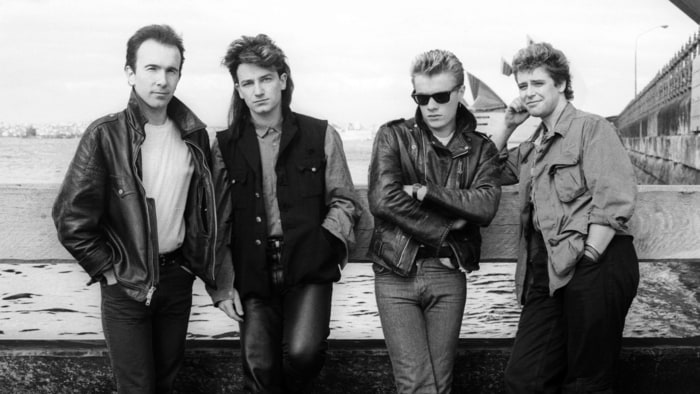 “If you twist and turn away
If you tear yourself in two again
If I could, yes I would
If I could, I would
Let it go
Surrender
Dislocate”

A plea from the suffering. A message to the caretaker. An elegy of pain and recovery.

“Bad” by U2 appeared on their 1984 breakthrough album The Unforgettable Fire. Though there were bigger hits on the album, I find that of the nine other songs, nothing else rings so true, or cuts so deep.

U2 lead singer Bono said that “Bad” is “…potentially truly a great song…if I had finished it. And in a way, I do finish it every night, live. I change the lyric. Poets have no problem with revising their work. Songs shouldn’t be set in stone. If they are any good, they are living, breathing organisms.”

I disagree with Bono. I think “Bad” is a great song, not only in the way it appears on record, but also in its fluid revisions developed while deep in the throes of performance.

Bad is about heroin addiction. Bono has introduced the song different ways through the years, dedicating it to different people. Ultimately, as any great song should be, it is about everybody, and nobody. It is not about any one specific person. It is about you, it is about someone you love. The song belongs to all of us.

“If I could, through myself
Set your spirit free, I’d lead your heart away
See you break, break away
Into the light
And to the day”

It is easy to imagine someone deep in the pain and suffering of withdrawal, being cared for with attention, determination and love. “Break into the light.” There is nothing that everyone wants more than for the addiction, pain and sick yearning to be magically gone so the body and spirit can break into the light where peace, relief and freedom can be found.

Guitarist The Edge repeats an echoing arpeggio throughout the entire song. It sounds like a rapid heartbeat. The sound of yearning. Adam Clayton adds color with his bass after the wiry electric guitar intro. Drummer Larry Mullen Jr. beautifully switches from brushes to sticks partway through the song for illustrative impact and effect.

“If you should ask them maybe they’d tell you what I would say
True colors fly in blue and black
Bruised silken sky and burning flag
Colors crash, collide in bloodshot eyes”

What makes the world come alive can also make it a dark, terrifying place. Why does a person do this? Why does a needle go into the arm? What do they experience and see as their blood pumps the magic and terrifying elixir through their body? And, if that person is lucky enough to find relief through recovery, how and why might they find themselves addicted again?

Performed live, “Bad” is able to speak to thousands of people at once, and perhaps the finest live performance of U2’s career was when they performed “Bad” at Wembley Arena for the Live Aid shows for famine relief on July 13th, 1985.

U2 had released a couple of albums by that time, and The Unforgettable Fire had been out for about six months. By the time of Live Aid, they had not yet really broken through, and before a global audience, U2 stretched “Bad” out to almost 12 minutes. They connected personally with members of the audience (reportedly even saving someone’s life about to be crushed by the crowd), and they included snippets of songs by Lou Reed and The Rolling Stones.

U2 was introduced to the world at Live Aid, and they have been a global phenomenon ever since. Just makes sense they introduced themselves with 1 Perfect Song.