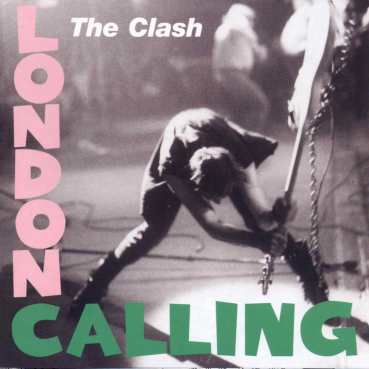 “Spanish Bombs” was released on the seminal double album London Calling by British punk band The Clash in 1979. London Calling is not only one of the greatest albums of all time, it also features what I would argue is the very best album cover of all time. Evoking the design of Elvis Presley’s first album cover, the cover shows bassist Paul Simonon smashing his instrument on stage in frustration over an inability to effectively engage with the audience. The photo perfectly captures a moment of frustration and power, a moment of rage and emotion…a definitive moment of rock and roll.

“Spanish Bombs” begins as a fairly traditional sounding rock song that any four piece band would be proud to play. The snare drum crashes in to start the song and is soon joined by the rest of the band playing a tight rhythm. An acoustic guitar is lightly strummed, low in the mix, and a gentle reverse drag across the strings marks and accentuates the beginning of every measure.

Songwriter Joe Strummer takes the lead vocal, but is joined in a perfect harmony on every other line by band mate Mick Jones. The song is sung in English, then Spanish, and then English again. Never has such a rough-hewn punk band sounded so good.

“Spanish songs in Andalucia
The shooting sites in the days of ’39
Oh, please, leave the vendanna open
Fredrico Lorca is dead and gone
Bullet holes in the cemetery walls
The black cars of the Guardia Civil
Spanish bombs on the Costa Rica
I’m flying in a DC 10 tonight”

Once we accept the fact that, for some reason, a 1970’s British punk band is singing a song about the Spanish civil war, we can dive deeper into the lyrics and the music and appreciate the statement that is being made, and the music that is being shared.

Though the song refers to the Spanish Civil War of the 1930’s, it is really a reflection on battles going on in current day Spain, England and Ireland, and how the places of great tragedy and art have come to be treated only as places for tourists to visit on their vacations.

Like so many pieces of great art, the message is not always so clear, and the meaning is not so accessible, but it is a highly satisfying work of art.

Leaving the message aside, The Clash on “Spanish Bombs” is as tight and together as any rock band has ever been. The rough, beautifully shoddy musicianship serves the song well, and the combination of the English and Spanish languages in the lyric is poetic, musical and satisfyingly challenging.

Throughout their all too short career, The Clash sang songs about politics, the economy, the plight of the working class, and dancing, but very few songs from any band look at 40 year old wars in the context of contemporary tourism and the current political landscape.